You are here: Home / Polo Instructors

Domingo Questel is rated 6 goals in the arena, 2 goals on the grass and is a USPA certified umpire. Domingo began his polo career in 1977 and has been rated as high as 8 goals in the arena and 5 on the grass, he was born in Santo Domingo, Dominican Republic, he has over 38 years of polo and equitation experience making him one of the best arena players in the country and an ultimate horseman. He has played competitively all over the world and is one of the most respected polo players in this country. Domingo carries an impeccable background in all aspects of the game, from the breeding, grooming and training of horses to his participation in high-goal polo. Domingo has been the Director of Polo at the California Polo Club and the USPA Delegate for the last 20 years, was named Sportsman of the Year by the USPA in 1997 and in 2011 earned the crown jewel of Arena Polo by winning the USPA Arena Open Championship. He also participated in the World’s Longest Polo Game in Las Vegas played in 2010. Domingo is currently rated at 6 goals and is a Certified USPA umpire. Domingo is also our lead instructor at our polo school at Empire Polo Club during the winter-spring polo season. 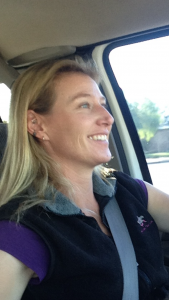 Kirsten Ludwig is the daughter of renowned polo coach Rege Ludwig, and has been playing since the age of seven when she started in the Junior Polo Program at the Eldorado Polo Club in Indio, California. She played varsity polo while at the University of Virginia and following completion of her degree began working in polo as a pro. In 2003 and 2004 she was the assistant tournament director for the FIP (Federation of International Polo) Regional Play-offs and World Cup. In 2010 she helped organize and played in the World’s Longest Polo Game as a charity event for Wounded Warriors. Kirsten is rated 1 goal in the arena and has played in Jamaica, Argentina, England, Ireland, Germany, France, Pakistan,

Mexico, and Thailand. She has been training horses since she was 15, some of which currently play high goal polo in Florida, New York, England, Spain, and Thailand. She has also been training and teaching with her father for over 15 years. In 2011 Kirsten graduated from the University of Virginia with a Ph.D. in molecular biology and moved to Los Angeles where she works as a postdoctoral scholar at UCLA.

Jessica Bailey began her polo career in 1986 at the Circle JB Polo Ranch in the Santa Ynez Valley under the tutelage of Joel Baker – one of the top players and horseman of the sport. Under the tutelage of Mr. Baker, she learned horse training and player /game strategy to play high-goal polo. Jessica is considered to be one of the top women polo players in the country. She has a keen understanding of what a good polo horse is and makes most of her polo horses herself. She was an instructor at the California Polo Club in Los Angeles and now plays primarily at Empire Polo Club in Indio, CA where she is an instructor for the California Polo Club. 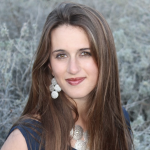 Alejandro Nordheimer  is rated 2 goal outdoor and 4 in the arena. He started playing in Argentina at 12  and reached 5 goals at 22. Played several tournaments in Argentina from 12 to 24 goals. Won various tournament, Most Important COPA CANADA , Subsidiary from COPA REPUBLICA ARGENTINA 0 to 40 goals in 1994.

Came to California in 2004, played and coached since then at CPC. Also played and won different tournaments in Santa Barbara, San Francisco, Indio, San Diego and Will Rogers. Won Will Rogers Memorial 2 times, 2013 and 2016.  Alejandro loves the game but most importantly he loves horses.